For the 5th time, one of Matt's short plays - THE NEGOTIATION - has been named a finalist for the Actors Theatre of Lousville Heideman Award (the nation's most prestigious short play award). Out of 500 submissions, 55 plays have been named finalists. In addition to being considered for the Heideman Award ($1000 and a production), all finalists may also be produced in the Apprentice/Intern Tens and the Humana Festival of New American Plays. THE NEGOTIATION is a one-woman ten- 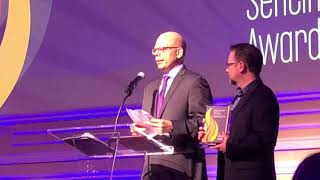